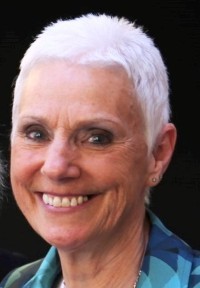 Three years ago I stood here for the first time, I was quaking in my shoes but hopefully I hid the fact thanks to my Amdram experiences! Now I stand here for the last time and although I’m no longer a quaking, I am filled with mixed feelings. I can honestly say it’s been the most joyous but sometimes the most daunting three years of my life. I have met so many inspiring and interesting people, memories of which I will always treasure.

Its been a full and fascinating year as usual. Plenty of group meetings, WI Birthdays including a 90th birthday of one WI where upon walking into the hall, I thought for a moment I was entering a smart hotel restaurant such was the decorated hall and tables. Having said that I’ve enjoyed all that I have attended, in fact I have never been disappointed. And the warm smiles of welcome I have received have been there without exception. I have also been invited to some of your monthly meetings and it never fails to surprise me at how different they can be, this however is a good thing and hopefully will remain that way.

What a revelation the last Suffolk Show turned out to be, I cannot believe the amount of exhibits we collected, the fact that most of them were going to be used by local charities was welcomed by the majority of members and proved highly successful. I stood close to a couple of young women with their babes in buggies, they were enthralled by the display of tote bags and baby changing bags for the Lighthouse Women’s Refuge, they were there with staff from the refuge. One young woman earmarked a bag for her and her baby and I’m delighted to say that we heard she actually got the one she had her eye on. There were the heart cushions especially for Breast Care Patients, again thank you letters came from several recipients as did those from the Mission to Seafarers for the huge amount of hats you knitted. You were fantastic and I thank you from the bottom of my heart. Be prepared for something a bit different again this year, we have new designers and a new committee so please support them as much as you can, it can’t happen without you.

Unless you have been in hibernation, you will know that this year is the WI Centenary year and celebrations are going to be a-plenty. Because the Royal Albert Hall is the venue of the AGM, National knew there would be a number of disappointed members as it had to be heavily balloted due to the limited seating. However many WI’s are organising their own screening of the meeting, so hopefully many of you will be able to get together with your own or perhaps a neighbouring WI to enjoy the day.

The federation are planning to hold a special picnic in the grounds of Glemham Hall on September 16th (which of course is WI Day) You will be able to bring your own picnic but cake, tea and coffee will be provided and I am very happy to tell you that the event will be free of charge!

When Board member, Wendy Jary, made the suggestion that we should get every WI to make a pennant to commemorate the centenary, we had no idea how it would be received. Well as you can see from the result, we needn’t have worried, we have been more than delighted with the beautiful craft work you have produced. A legacy to be proud of, thank you.

From January 2014, a baton has been travelling the width and breadth of the country. It commenced in Anglesey and has been passed from federation to federation on a weekly basis, this is in honour of the WI centenary. According to reports it has been on helicopters, boats, fire engines, even ice cream vans to name but a few forms of transport involved. The Board of Trustees plus Advisers went to Woolpit in November to receive the baton from Suffolk West. As you know, in Suffolk East we like to do things differently so we decided on a virtual journey, we are a large federation compared with many and to visit every WI in one week, and in November, would have been nigh on impossible so we decided that if we could get two members from each of our WI’s under one roof and have them standing on a taped map of our federation the baton could be passed from one WI to another. We organised afternoon tea at Debenham Community Centre and judging by the merriment and buzz in the room this proved a popular event. Every WI was presented with a keepsake in the form of a wooden spoon decorated with the name of their WI (by the way they make very good gavels!) and every representative on the day received a goody bag. The entertainment in the form of Barber Shop singers was excellent, and I think I can safely say that a good time was had by all. Unfortunately a number of WI’s declined to attend which was a real shame as they missed a treat, however their spoons are available to collect today I believe. The following week the Board and Advisers carried the precious baton to Cattewade Bridge on the Suffolk Essex border where it was handed over to Essex Federation. Thanks to many of your suggestions we had a good selection of photographs which were inserted into a memory stick within the baton. The next time we see it will be at the Royal Albert Hall in June when it will have completed its journey.

I hope by now you have got into the habit of reading your SEFWI News and using the back page to book trips and events. I know that often your secretary will send a board round at your meeting for you to add your name. However there are times when something will appeal to you but may not be included on the list, that’s when you need to send off for yourself. There will always be like minded members who will have applied, so don’t think you will be alone, just go for it – you will be surprised how easy it is. Also be sure to make a note of the deadline and remember that to put an article in you have to bear in mind that it won’t appear until the month after next ie if you put something in before the 20th of this month, it will not appear until May’s issue.

Shortly you will be hearing from Jane Dixon the Principal of Denman College, so if you haven’t ever visited Denman, please consider joining the federation on our trip there in October and be prepared to be bitten by the Denman bug! Later we will draw the Dip for Denman and one of you will be lucky enough to either join us then or choose to do something at another time. If you haven’t already ‘dipped’ you still have time during your lunch break. You never know today may be your lucky day. I’m sure Jane will endorse that.

I must not forget to mention federation holidays, they are relaxing and great fun, well why wouldn’t they be, we don’t have to do anything apart from turn up, sit back and enjoy. Our super efficient federation secretary, Gill, does all the hard work, taking everything in her stride. We are now looking forward to a trip to Ireland next month. Three or four further trips are advertised in your recent SEFWI News and the website, so read about them and think about joining us, you won’t be disappointed.

What, I ask myself am I going to do now? Shall I grow old (or should I say older) gracefully, I don’t think so. The WI has been in my blood for 50 years now so how could I just walk away, no chance. Fortunately I will still be contributing in other ways and of course enjoying my own WI which has always kept me grounded, reminding me frequently that I am just a member the same as they are. I thank them for that.

Special thanks must go to Gill, my rock and mentor (seriously I don’t know what I would have done with her, thanks Gill) also to Daphne and Liz in the office and Vivien and the team sitting behind me, no words can express my gratitude for the loyalty, love and support they have shown me over the past three years. They will never know how much that has meant to me, so thank you all.

My poor long suffering husband also deserves my gratitude for his encouragement and support during my term of office. His expertise in using the microwave oven knows no bounds! However I’m sure it wont be too long before he’s encouraging me to join yet another committee, so that he can watch his rugby and cricket without interruption!

I would like to finish by quoting something I recently read “I love being a woman, a woman amongst amazing women. Women who understand just how much we need one another” That to me is the true meaning of the WI.